I started Bent-Tronics in November 2005. During the summer of 2005, after modifying some guitar pedals like this and this, I stumbled across Reed Ghazala’s book Circuit-Bending, which had just been released.

After researching where to buy parts for circuit bending, modding, hacking, etc., I found most sites had minimum orders, and after adding up all the shipping costs from having to buy from multiple sources, I decided to open my own store.
I got a little bit of press from BoingBoing, Synthtopia, GetLoFi and some others, etc. I also did a few events.
I’ve also been a General Class licensed Amateur (Ham) Radio Operator since 2004 (W7IBW).
Then I had to deal with some major life changing events. I was off track for quite a while but always kept tinkering with music, electronics, computers, etc.
My main focus now is producing content for electronics enthusiasts.
I’m very interested in Open Source Hardware, kits and DIY projects, especially ones that make noise.
Occasionally I sell things on eBay.
I also end up hanging out in some crazy places. 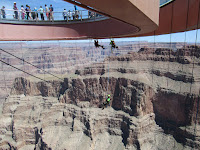