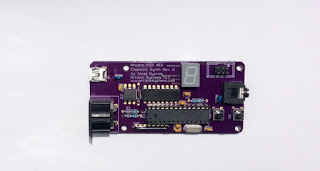 Arcano Systems is no stranger to the Kickstarter game, with three out of four funded campaigns under their belt. Their newest project, the Arcano MIDI NES Chiptune Synth II, hit its goal in less than 48 hours and still has 19 more days to go.

This second version’s hardware and software includes improvements such as:

Have you backed any of Arcano’s campaigns? Let me know why or why not in the comments below.