The retro-styled, WiFi-enabled computer specializes as a chiptune music synthesizer, but also has a few other tricks up its sleeve. 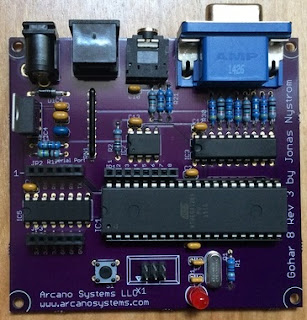 I have written about previous successful Kickstarter projects from Arcano Systems before, but unlike those, Gem-8 covers more than just retro sounds. Some features include:

They go on to say:

There will even be an option for a kit to solder up. Check out their Kickstarter campaign here. It certainly seems like this could scratch that retro PC itch. What do you think? Let me know in the comments below.