The miniAtmegatron is officially announced, with price. 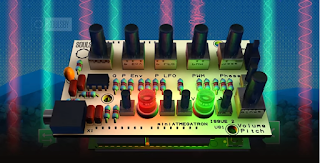 Hot on the heels of the Atmegatron V2 and it’s lowered price, is the official release video of the miniAtmegatron from Soulsby Synthesizers.

The mini is an Arduino compatible shield, in kit form. The price is only $39, almost an impulse buy.

The official release date is Monday, August 24th. I’ve just received mine, and should have a video overview posted by then.

UPDATE: I received a miniAtmegatron and have a post with video of the unboxing, assembly and quick demo of it’s sounds here.

What do you think of a DIY synth in shield form? Let me know in the comments below.